An infinite source of fresh creativity: Six panels at SoundTrack_Zurich 03 (September 27th – 30th) put the lens on creating soundtracks for recently released series and films that stand out for their extraordinary work.

The third edition of STZ, which takes place in the context of the Industry Program of the 18th Zurich Film Festival (ZFF), presents award-winning film composers, sound designers, directors, producers and music consultants who will talk about their recent projects.

An infinite source of fresh creativity: Six panels at SoundTrack_Zurich 03 (September 27th – 30th) put the lens on creating soundtracks for recently released series and films that stand out for their extraordinary work.

After spending more than 100 years in prison, Morpheus, the personification of dreams (one of the seven Endless of DC Comics), must rebuild his kingdom. This is the main line under which The Sandman is developed, the screen adaptation of Neil Gaiman’s graphic novel and one of the most recent Netflix hits worldwide. The diverse way this story has been told implied an equally diverse musicalization. David Buckley, its composer, says that he was warned of making “like seven pilots in one season”. Buckley will talk about the challenges behind the music for the first season of The Sandman at the SoundTrack_Zurich panel on the 29th of September.

The police parody shot in “the Swiss wild west” that Tschugger portrays shows a different face of the country of perfect landscapes. The secrets of this successful collaboration will be discussed in STZ by the director, co-creator and leading actor David Constantin; producer Sophie Toth; composer Rutger Reinders; sound editor, designer and mixer Gregor Rosenberger; and music producer and curator Phuong Boi Nguyen.

In addition to these panels, SoundTrack_Zurich will look behind the scenes of scoring the series Hors Saison with Michael Künstle and Matteo Pagamici (composers). Outstanding European science fiction: Daniel Helmer, Maximilian Leibich (composers) and Leni Lauritsch (director) of Rubikon explain the challenges of their contemporary science fiction score. Zeltia Montes, composer of The Good Boss, was the first female composer to win the prestigious Spanish Goya Award - with a really sophisticated score - a role model women composer who is not shy to share the secrets of her craft.  The Swiss Film Prize for Best Music 2022 went to... Fatima Dunn! The composer and the sound designer Oscar van Hoogevest will speak about their collaboration on Soul of a Beast.

Serving the Swiss Music Industry: The Sync Focus at SoundTrack_Zurich

Finding the right balance between score and source music for a film within a tight budget and timeframe – an art in itself that is always a challenge in an industry in constant transformation. 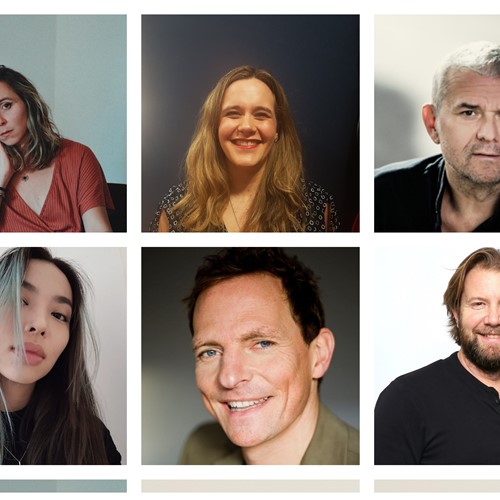 Serving the Swiss Music Industry: The Sync Focus at SoundTrack_Zurich

Finding the right balance between score and source music for a film within a tight budget and timeframe – an art in itself that is always a challenge in an industry in constant transformation. That is why SoundTrack_Zurich has a special focus on SYNC and Music Supervision in its 2022 edition:

The payments by the collecting societies for streaming are more and more a vital negotiating quantity between producer, composer and music rightsholder.

Beda Senn, music consultant at Swiss Television, will interview three European music supervisors: Marie-Hélène Froidevaux (Interstellar Music) from Switzerland, Emmanuel Deletang (22D Music) from France, and Chantelle Woodnut (AirEdel) from the UK, who will share the secrets of their trade.

Meet music consultants, film producers, directors, publishers, labels and composers at the Swiss Music Export Business, a networking lunch that is one of the major networking events of the STZ.

TrackCheck: Send your music to be checked by five music consultants. This year’s topic: TV-underscore – apply asap through trackcheck.st-z.ch 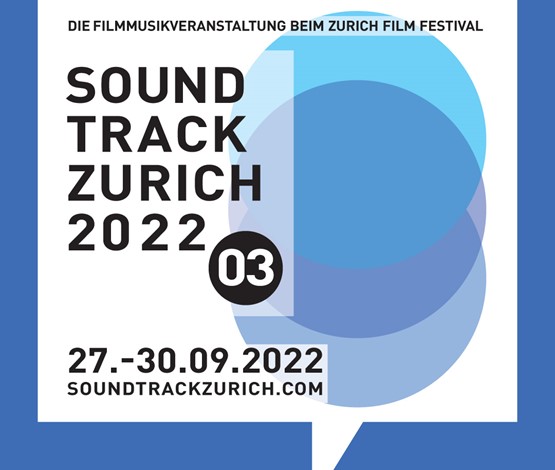 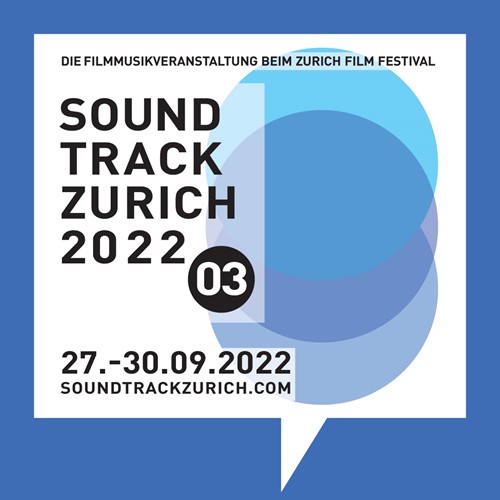 A prior registration is needed at: www.soundtrackzurich.com/matchmaking/ 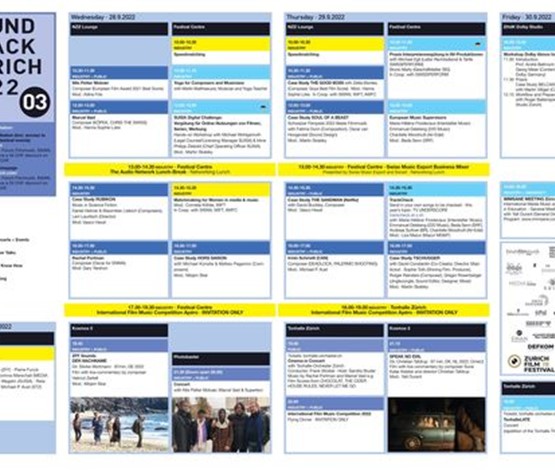 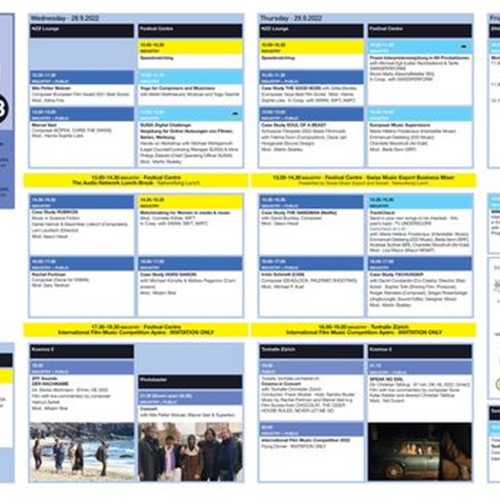 “Our main focus is the effective crosslinking of the Swiss and European composers with the ZFF film guests and the international film industry to initiate future jobs and licensing deals”, says Michael P. Aust, head of SoundTrack_Zurich.

Each day starts with 30mins of speed matching. One of the central networking events at STZ is the Swiss Music Export Business Mixer on Thursday. A matchmaking event for women in media music only is organized in cooperation with SWAN, WIFT, and the American AWFC.

An industry undergoing a process of radical change: On two days in two parallel strands STZ presents important composers and case studies from Switzerland and Europe. Additionally, current issues, like eg. online remuneration, or the score of the new Netflix hit series THE SANDMAN, are covered in workshops, case studies, and discussions. A Dolby Atmos workshop and the IMMSANE meeting of the university scene take place at ZHdK on Friday. The Swiss composers are always right at the forefront with four events covering Swiss projects like HORS SAISON and TSCHUGGER.

SoundTrack_Cologne is coordinating an Erasmus+ project with 6 partners across Europe. This educational project provides training on online marketing, visitor studies and non-visitor studies. Stay tuned to benefit from the free training possibilities.

This project aims to provide the cultural sector with the necessary tools to bring its marketing to the next level. We will be publishing a guide to set up reporting tools that facilitate data analysis of social media channels, ticketing data, website tracks and newsletter clicks, which can be set up without any IT support. This will provide valuable insights to one's online marketing. In order to retain the visitors that cultural organizers already have, it is important to evaluate the program. Research has shown that both formulating questionnaires correctly and analyzing them is not yet a strength of the cultural sector. Likewise, non-visitor research is hardly possible without professional (but expensive) help. We want to change this with 2 online courses.

The springboard for talented film music composers from around the globe: 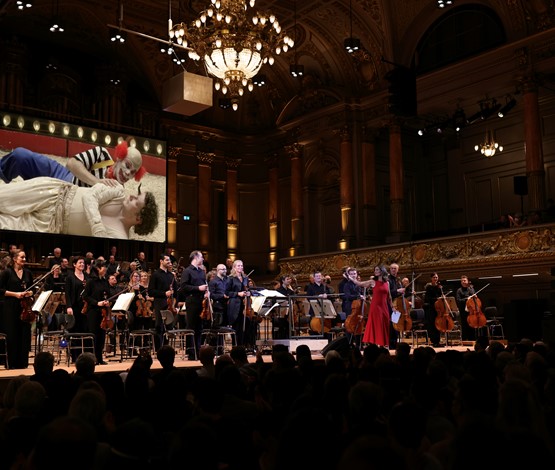 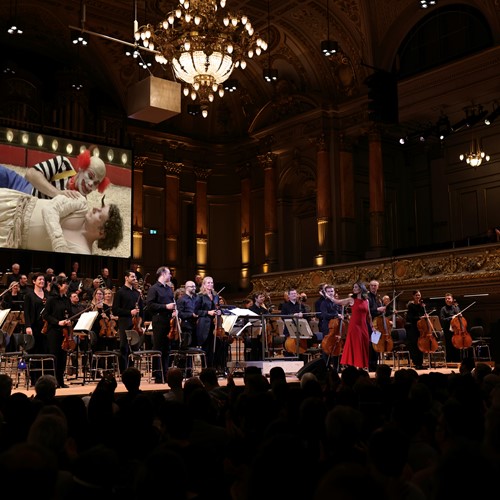 The springboard for talented film music composers from around the globe:

A jury of internationally renowned music professionals and filmmakers will nominate three works from the competition entries. These three winning compositions will be premiered at the Tonhalle Zürich during the Zurich Film Festival on September 29, 2022 by the Tonhalle Orchestra Zurich under the musical direction of Frank Strobel and in the presence of the nominees. A jury of experts will select a winner, who will receive the Golden Eye for “Best International Film Music 2022”, an award endowed with a 10’000 Swiss franc cash prize.

Registration will be possible starting 11 April 2022. The registration fee is CHF 85. Decide quickly and pay only CHF 55 by taking advantage of our early-bird discount offer until 2 May 2022.

> A download link for the film to be scored can be requested here (free of charge).

> The terms and conditions of the competition are available here.

Composers of any age, nationality and place of residence who have scored or orchestrated no more than three films longer than 60 minutes (according to IMDb) are eligible to enter.